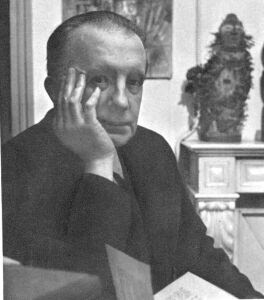 Today I will look at a poem by Paul Eluard called ‘Légion’. I chose this poem because it is a nice way of completing my posts on ‘L’Affiche Rouge’ for Eluard’s verses are also meant to celebrate and commemorate the actions of the foreigners who were involved in the French Resistance during the Occupation of France.

Born in , the young Paul Eluard was already driven by an intense desire to change the world and its misery. In 1917 he wrote his first book ‘Le Devoir et l'Inquiétude’ (‘The Duty and the Anxiety’) and in 1918 his ‘Poèmes pour la Paix’ (‘Poems for Peace’) were published. Eluard was a very prolific writer and published more than seventy volumes in his lifetime. In he took part in the very controversial Dadaist movement with other young writers like André Breton, Louis Aragon, and Philippe Soupault, but soon moved towards Surrealism. He signed the original Surrealist manifestos and his poetry soon acquired a new character, greatly influenced by the principles lauded by this artistic movement. Among his friends, Eluard also included many visual artists such as Picasso, Miró, Tanguy, and Dali who illustrated some of his collections of poems but also inspired his poetry in general. 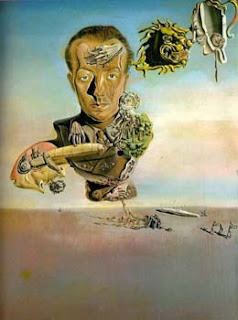 Why did Eluard decide to write a poem about this Communist Resistance movement, namely the ‘Manouchian Group’? Quite significantly Eluard took part in the underground Resistance movement during the German occupation of and assisted the release of clandestine literature, while writing secret papers himself. However in 1942 his ‘Poésie and Vérité’ (‘Poetry and Truth’) was condemned by the Germans, forcing him to change his residence every month. It is also interesting to remark that the politically committed writer joined the underground Communist Party in 1942 and was very active in Communist affairs. Eluard’s poems of the Resistance had a powerful impact on French morale and were circulated throughout . Like , he must have felt a great sympathy towards the struggle of these foreign Resistance fighters.

To better understand the kind of poems Eluard writes, I would like to give a brief description of his conception of poetry. Acting as ambassador of the new poetry, he claimed that for the Surrealists, a word never fully explains an object. It only gives an idea, only tenuously represents the image, and reveals only chance relationships. According to them, language becomes most effective in suggestion through shock words. He argued :’Il nous faut peu de mots pour exprimer l’essentiel. Il nous faut tous les mots pour rendre le réel.’ (We only need a few words to convey the basic essentials. We need every word to convey the real.) The impression is conveyed that his poetry is developed spontaneously and his poems often appear pictorial, immediate, with brief yet very comprehensive verses.

It is interesting to compare ‘Légion’ with ’s poem ‘L’Affiche Rouge’. Eluard emphasizes on the fact that these Resistance fighters fought for justice and his poem also commemorates their struggle. Like he insists on their humility and lays stress on their courage, their will to fight for a country which was not theirs. Then Eluard goes beyond the original commemoration intended by Aragon and starts his poems with an open recognition of the role and the impact the actions of the ‘Manouchian Group’ had on the French social and cultural life. Through his verses, Eluard seems to argue that they did not die for nothing and that thanks to their fight for freedom and justice, France is now free from oppression and submission. When he writes

If I have the right today to say in French

It’s because foreigners as we still call them

Believed in justice on earth and concrete

Eluard might also refer to the censorship he was subjected to during the German Occupation of France: if he has the right today to speak his mind freely, it is partly thanks to them. Having the freedom to speak and write his mind was something fundamental for Eluard and he dedicated a whole poem to this idea, ‘Liberté’ (available here in French and English http://www.ombredor.com/vb/lib.html). 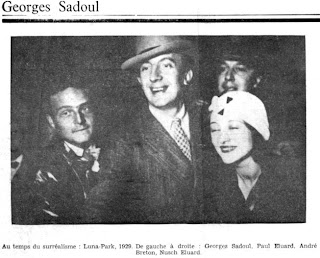 I encountered more difficulties when translating this poem than I did when dealing with ’s verses. As I explained above, Eluard often uses ‘shock’ words to suggest an idea or an emotion and his poetry is very pictorial, relying on images which are not always easy to grasp, sometimes making the poem even more difficult to translate. Although it was more difficult to transcribe the meaning of some passages from ‘Légion’ than to capture the message in ’s poem, I still found it easier to translate than the lyric poem of Baudelaire: its verses are briefer and more straightforward than those of ‘A une Passante’. Below is my attempt to translate ‘Légion’ into English but first, here is the original poem by Paul Eluard:

(The original poem was taken from the website of ‘Le Groupe Marat’, an association created by former Resistance fighters and historians whose aim is to commemorate and remind people of the role of foreigners in the French history. It is available here: http://www.groupemarat.com/) 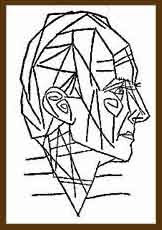 1 If I have the right today to say in French

2 My sorrow and my hope, my anger and my joy

3 If nothing has been permanently concealed

4 From our immense dream and our wisdom

(Line 3 Eluard uses a transitive verb (‘se voiler’) so his verse literally means ‘If nothing has concealed itself permanently’, something which does not sound right in English I think. I have ‘lost’ this idea in my translation because I had to use a passive form to transcribe the verse, therefore ‘nothing’ is not ‘active’ anymore. If Eluard had wanted to use a passive, he would have said ‘Si rien n’a été voilé définitivement’.)

5 It’s because foreigners as we still call them

6 Believed in justice on earth and concrete

8 These foreigners knew what their fatherland was

(Line 8 it was difficult to translate the word ‘patrie’: in English, this word can be translated either as ‘country’, ‘motherland’, ‘fatherland’ or ‘homeland’. I thought the word ‘country’ was too restrictive to describe the idea of a ‘patrie’, which is not only a ‘pays’ (literally a ‘country’) but also means the place where people belong to, the place they fight for because they consider it to be their ‘home’ and not only the country they live in. It is also interesting to note that the word ‘patrie’ is derived from the latin pater which means ‘father’ so I decided the word ‘fatherland’ was appropriate to capture the scope of the term ‘patrie’.)

9 The freedom of a nation guides every nation

10 One innocent imprisoned enchains every men

11 And who denies his heart knows his law

(Line 10 Eluard uses the expression ‘être aux fers’: literally it means to be ‘in iron’ but in French ‘fers’ designates the chains used to tie the hands of prisoners so the expression that says to be ‘aux fers’ can either be translated as to be ‘imprisoned’ or as to be ‘enchained’. However Eluard also uses the verb ‘to enchain’ at the end of the same verse so to avoid repetition I chose to transcribe it as ‘imprisoned’)

(Line 12 Eluard uses the verb ‘vaincre’ (to defeat/overcome/beat…) twice, however in English I decided to use two different verbs since you cannot really ‘overcome’ a vermin or defeat an ‘abyss’; As a result, Eluard’s anaphora was lost in translation…)

13 These local foreigners who chose the fire

14 Their pictures on the walls are living forever

sun of memory lights up their beauty

16 They have killed to live they have cried for revenge

18 The only vow of justice has life as an echo

20 When we will stop killing they will be avenged

(Line 17 was quite hard to translate for the meaning of Eluard’s verse was not very clear to me and unfortunately I had to translate it almost literally as I was afraid of extrapolating on its significance.

What does the antithesis ‘Their life was killing death’ means? Does it mean they ‘overcame’ death because what they left behind through their struggle, namely beliefs in freedom and justice, will live forever? Or does it mean that they fought for the French Resistance no matter the consequences, they were not afraid of dying so death was not meaningful anymore? The latter explanation could be justified by the fact that in line 18, since the ‘echo’ of their ‘vow of justice’ is no death but ‘life’.

However what about the ‘fixed mirror’? Does it refer to the society they lived in and the people who did not do anything to fight against the Germans and were therefore passive, ‘fixed’? Or is it saying that they never hesitated or gave up even though they knew they could die so when they looked in the mirror, they saw a ‘fixed’ image of themselves, a metaphor for their unchanging motivation to fight? I am going too far here? Does it look simplier than that to you?)