THE CHALLENGE OF LITERARY TRANSLATION


Every time I read the English translation of a French text I wonder: ‘Is it accurate?’ ‘Would I have chosen the same words?’, ‘Is it a good translation?’ The truth is there are no ‘good’ or ‘bad’ literary translations but only various ways of recreating a French text into English. Of course we could naively think that the only thing that has to be done is to translate the text word by word or at least to find the meaning of the French sentence or verse and to transcribe it into English. However there are so many criteria to take into account that the task soon becomes a real challenge. But why is it so hard to find a proper or at least a satisfactory translation? 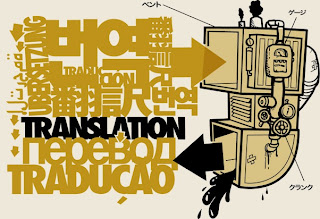 In this blog I would like to talk about the issues at stake when translating a text into a foreign language and to consider the consequences it could have. One could think that literary translation is a rather straightforward task when you speak both languages… However it is not that simple! Translating a text is a challenging and complex process because it is all about choices and because you alone have to take responsibility for them. When translating literature the aim is not only ‘intelligible communication’ between two people like in a conversation: in the case of a poem for example, the translator has to consider style, punctuation, syntax, rhythm, meaning… The translator is not only dealing with simple ‘codes’, he is involved in the poet’s creative process. He has to make his own choices, according to his own criteria and knowledge, while keeping a certain balance within the ‘author– translator– reader triangle’, as Clifford Landers defines it.

In my blog I will look at the English translations of a selection of French poems so as to compare different ways of recreating a poem in English. I will also try to create my own translations of the poems. My version of a poem will only be one version among many others and I will keep in mind what Clifford argues, namely that translation is all about humility ‘Because even our best efforts will never succeed in capturing in all its grandeur the richness of the original.’ These words also suggest that there are as many translations of a poem as there are translators since translations always remain provisional and debatable. Then because English is only my second language, if you notice anything which sounds odd to you as a native English speaker or something you would have said differently, please do not hesitate to comment on my posts.

Anderman, Gunilla M. and Rogers, Margaret, In and Out of English: For Better, For Worse? (Multilingual Matters Limited, 2005)